Let’s get right to it: writing is hard and getting published is no easier, especially for a first-time author. For this reason, I like to support debut authors as often as I can by buying their books, reviewing their novels, or recommending them to friends. With NaNoWriMo now in full swing {where many novelists got their start}, there’s no better time for this week’s Top  Eight Tuesday topic: Debut authors who have me looking forward to their sophomore novel. Whether their next book comes out next month or next year, I will be first in line to get my own copy! Which debut authors made your list?

{Top Ten Tuesday is hosted, as always, by lovely ladies of The Broke and the Bookish.} 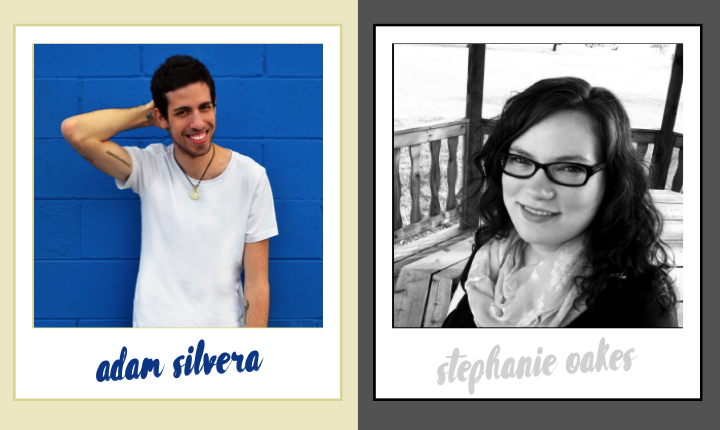 adam silvera: Having read and adored Adam Silvera’s debut, More Happy Than Not, I’m not surprised his first time publication has received so much critical acclaim. The unique premise – in simplest terms, a boy who’s gay seeks a memory-alteration procedure – is complemented by dynamic relationships and a vivid setting, and Silvera imbues both his characters and his plot with a raw, undeniable emotion. If his sophomore release is anywhere as good as his first, I’m in for a treat.

in the works: History is All You Left Me, in which the protagonist befriends the most recent boyfriend of his {recently parted} ex-love Theo. It’s bound to be amazing.

stephanie oakes: I only just recently read Stephanie Oakes’ debut, The Sacred Lies of Minnow Bly {the LUR team reviewed it on Saturday if you want to take a peek!}, but I’m already clamoring for her next book. The novel’s breathtaking prose, sense of atmosphere, and chilling flashbacks made it a favorite read of the year and Oakes an author to watch. Unreliable narrators have a strange sort of appeal.

in the works: Oakes has said about The Arsonist, due out next fall: “It’s another young adult mystery, set alternately in modern day Monterey, California and 1980s East Berlin.” 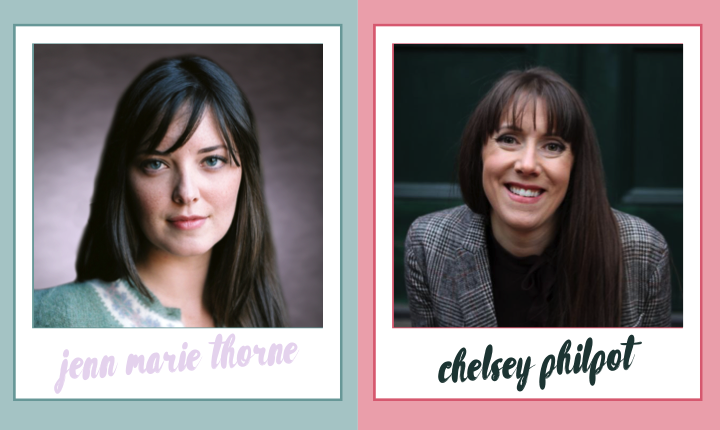 jenn marie thorne: Jenn Marie Thorne’s The Wrong Side of Right, released earlier this year, came as a complete surprise – I wasn’t expecting to enjoy the political contemporary so much! Though her debut certainly boasts a pretty cover, it’s not good looks alone; the character development is top-notch and the storyline is engaging to readers of all backgrounds. I’m looking forward to what else Thorne has up her sleeve! {review}

in the works: Slated for release in July, The Inside of Out is the story of an overzealous LGBTQ+ advocate and the aftermath of her actions. I’ve already picked it out as an early birthday present :)

cheesy philpot: Even in Paradise, a debut by Chelsey Philpot, was another surprise when I checked it out late last year and a pleasant one at that! I have seen it advertised as The Great Gatsby meets YA, and I couldn’t agree more; the themes, characters, and stunning writing echo F. Scott Fitzgerald’s own classic. I would happily read it again if only to pick and dissect my favorite passages from the story. {review}

in the works: Unfortunately, I have seen nothing on another release! Hopefully, news on Philpot’s sophomore novel is on its way. 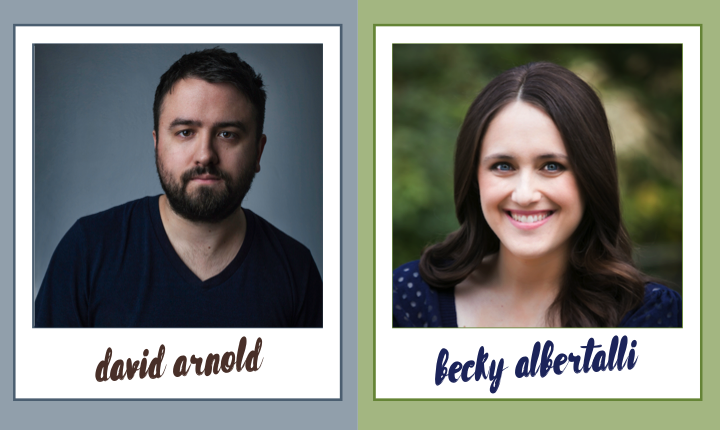 david arnold: If you need confirmation that this year has produced some of the best young adult debuts, look no further than David Arnold’s Mosquitoland. I devoured it in mere days, and I regret never reviewing it {blame it on the craziness that is spring}. Regardless, what you’ve heard is true: it’s all at once quirky, odd, adorable, and, perhaps most importantly, memorable. I have little doubt that his next release will find equal, if not more, success!

in the works: Little information is on Goodreads, but in an interview, Arnolds remarked that “it’s a novel about two misfits finding love in the slums of New Jersey, while one of them is on a mission to scatter his father’s ashes across the state.” Yes, please!

becky albertalli: Since I fell in love with Simon Spier in June, I have recommended Becky Albertalli’s debut, Simon vs. the Homo Sapiens Agenda countless times to anyone in need of a good book. I’m clearly not the only fan – Simon was recently optioned for a movie deal – so I can’t be the only one anxious for another one of Albertalli’s novels! I’ll take anything with her talent for characterization and dialogue. {review}

in the works: Nothing is known yet except that a novel will be published at some point next year by Balzer + Bray. Get excited, friends. 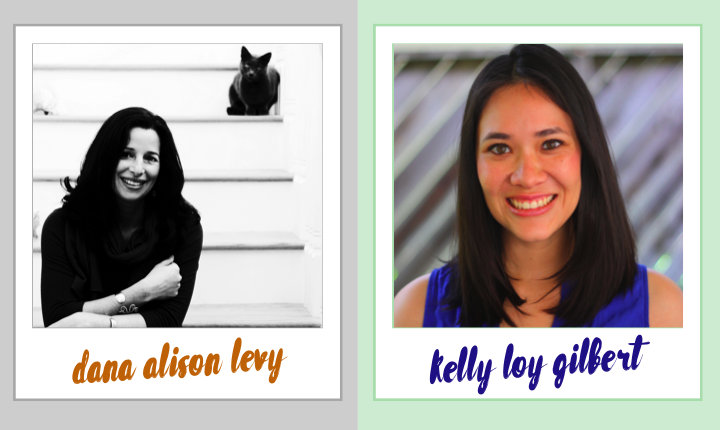 dana alison levy: Dana Alison Levy is the brainchild behind the modern rendition of the Penderwicks, the Fletchers. Her charming book about a multicultural family of two dads and four sons won my heart last fall {it seems I can never seem to resist a good middle grade story}. Levy effortlessly weaves the innocence of childhood with the messy threads of family to create a pitch-perfect debut, and I expect nothing less of the sequel. {review}

in the works: Book Two, The Family Fletcher Takes Rock Island, hits shelves next year! I can’t wait to return to the Fletcher home.

kelly loy gilbert: Finally, I couldn’t put down Conviction, an outstanding debut by Kelly Loy Gilbert, over the summer; I was completely captivated by the hard-hitting story, her well-drawn characters, and her skilled writing. It’s not everyday that a debut author leaves me speechless upon finishing the book!

in the works: All I know of her next novel is its title: Nothing Gold Can Stay. I would read anything by Gilbert, though, so I’ll just add it to my TBR shelf now.

Have a lovely Tuesday!
Bella 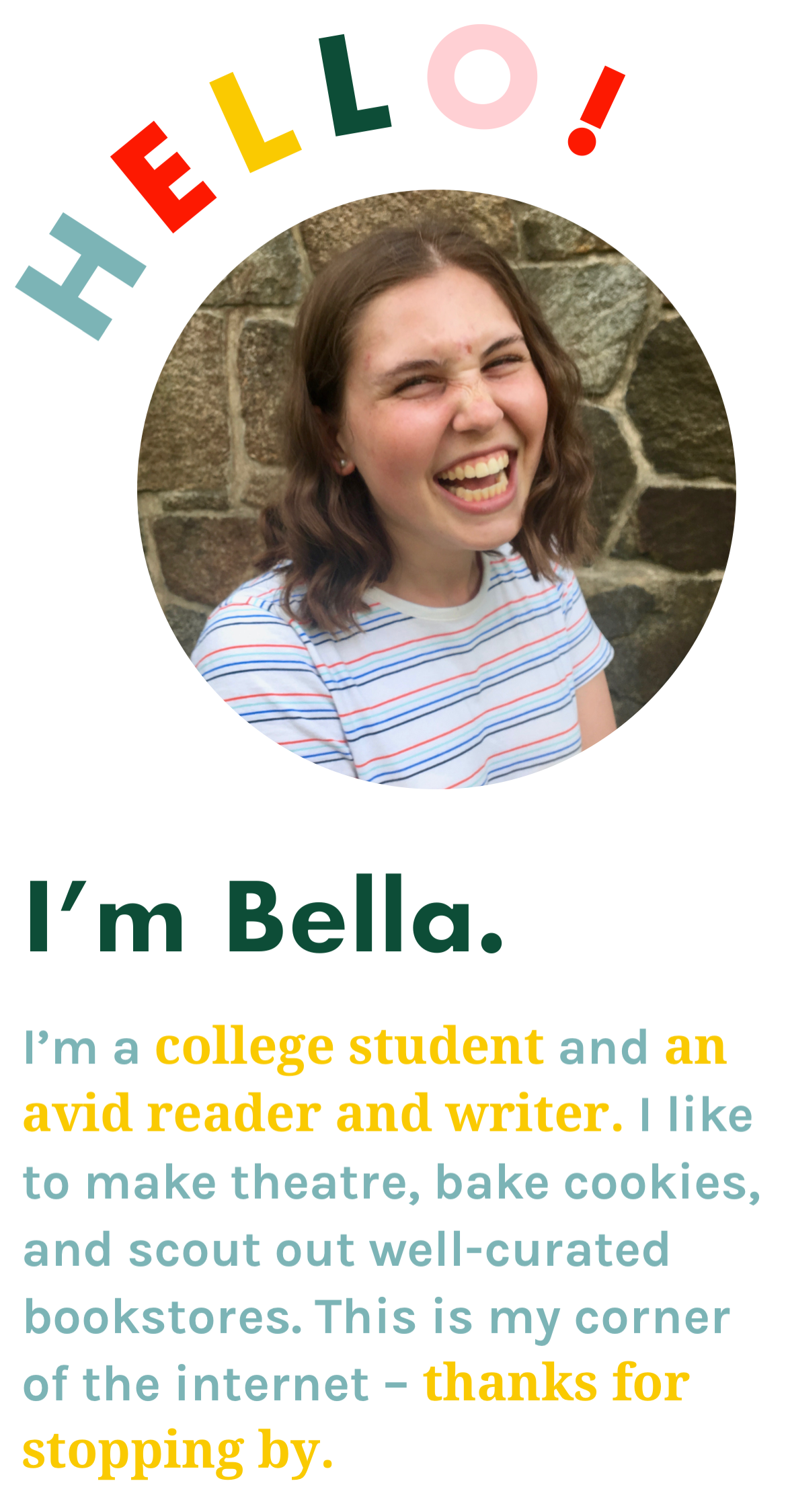